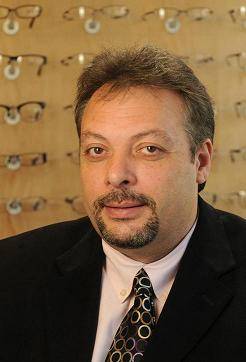 Dr. Anthony Mondo was born in Messina, Italy, and raised in Central New York where he graduated from Christian Brothers Academy in 1982. He then acquired his Associate’s in Applied Science degree in Ophthalmic Dispensing from Erie Community College. Dr. Mondo began his career in the optometric field as a New York State licensed optician. He continued his education at South Eastern University in Miami Florida where he received his Master of Science in Applied Optics. This was followed by earning a Doctor of Optometry degree from Nova Southeastern University where he graduated with honors in 1996. During his clinical eye exam training, he was fortunate to extern at Bascom Palmer Eye Institute which has been rated the #1 eye hospital in the country as published in U.S. News & World Report.

Upon graduating, Dr. Mondo returned to the Central New York area and began his Optometric career at Eye Physicians of Cny. As well as holding a position at Eye Physicians he has been in private practice since 2001 when he first founded Mondo Optical. Dr. Mondo has an office in Clay, NY

Dr. Mondo is a New York State Licensed Optometrist who is trained to diagnose and treat ocular diseases, including glaucoma. His commitment to his patients is to provide excellence in eye care by ongoing professional education and using the latest technology in his practice. He is a current member of the American and New York Optometric Associations and has also served as president of The Central New York Optometric Society. Dr. Mondo supports his local community through charitable donations to schools and community auctions and events. Dr. Mondo is the father of three loving children. He enjoys cooking, travel and spending time with friends and family.

Clay
Find Us in Clay ▸